Ok, so I made it through a week on schedule! I feel pretty good about the site so far, and am excited for what’s to come.

This is the first of my “Photography Friday” posts. I’m still trying to solidify what I want from these. In a broad sense I want to use them to share other photographers that inspire me, but that will likely develop into me writing about other things related to photography and art, gear I like, things that bug me, stuff like that.

I’d also like to have a small interview component for the artists I write about, and have started sending out a set of questions that I think make sense for this. Of course, that won’t work for those who are no longer with us, but I’ll figure something out to make it interesting.

For my first week, I’ve decided to write about one of my my favorite photography stories from last few years. If you spend any amount of time online, you have likely seen a viral video about Vivian Maier. She was an American street photographer from the second half of the last century. Completely unknown while she was alive, her vast body of work was discovered when her storage locker contents went up for auction. 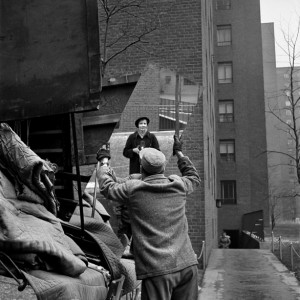 Born in 1926, Vivian spent the first 25 years of her life in France, before moving to New York, and then Chicago. She worked on and off as a nanny for the next 40 years. She was from all accounts a very private person, and details of her life are still being discovered and pieced together. In her later years, she may have been homeless for a time, before some of the now grown children she raised provided her with an apartment. She slipped on some ice in 2008 and hit her head. She never fully recovered, passing away April 21st, 2009, at age 83.

Her work started to surface in 2007, when Chicago real estate agent John Maloof acquired 30,000 prints and negatives from an auction house. Maloof was collecting photos to publish a book on the history of his community when he found them. The photos weren’t relevant to the book, but after it was completed John went back, and started scanning them. He became inspired himself and started shooting, taking courses, and created a darkroom to learn how to process film.

Over the next year, he also managed, along with another collector, to salvage the rest of her collection that had gone to other buyers (over 100,000 negatives!). After posting some of the pictures to a discussion group on flickr, interest in Maier’s work exploded.

Though she photographed almost compulsively, she never showed her work to anyone. In her later years she fell on hard times; she couldn’t afford to develop the photos she took, and simply amassed thousands of rolls of exposed film; continually shooting, but never seeing the result.

There are many things I love about this story. The thought that somewhere, in every town, there could be a storage locker like this, containing the brilliant work of someone who seemingly had no interest in greatness or recognition or fame. Just an honest interpretation of the world through their eyes, that they felt compelled to create. To me that is art in one of its truest forms.

I won’t go into too much more detail here; I hope I have ignited enough of an interest that you will check out the official Vivian Maier website. It has some amazing galleries, as well as information on the process of researching and curating this wonderful collection. Also, I highly recommend the book, which does a beautiful job of presenting some of her work, and is one of the favorites on my shelf. You should also check out  John Maloof’s blog; although it hasn’t been updated in a while it’s a great repository of her work. If you are interested in buying prints you can contact the Howard Greenberg Gallery in New York City. 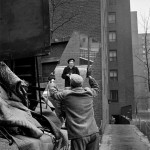 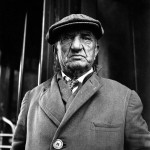 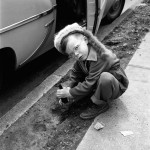 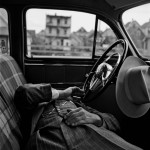 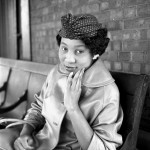 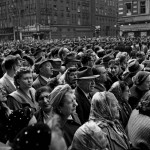 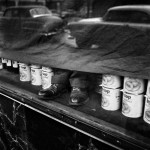 All images in this post are of course by Vivian Maier and are part of the Maloof Collection.

For a little bonus, this is the video that first introduced me to her work: